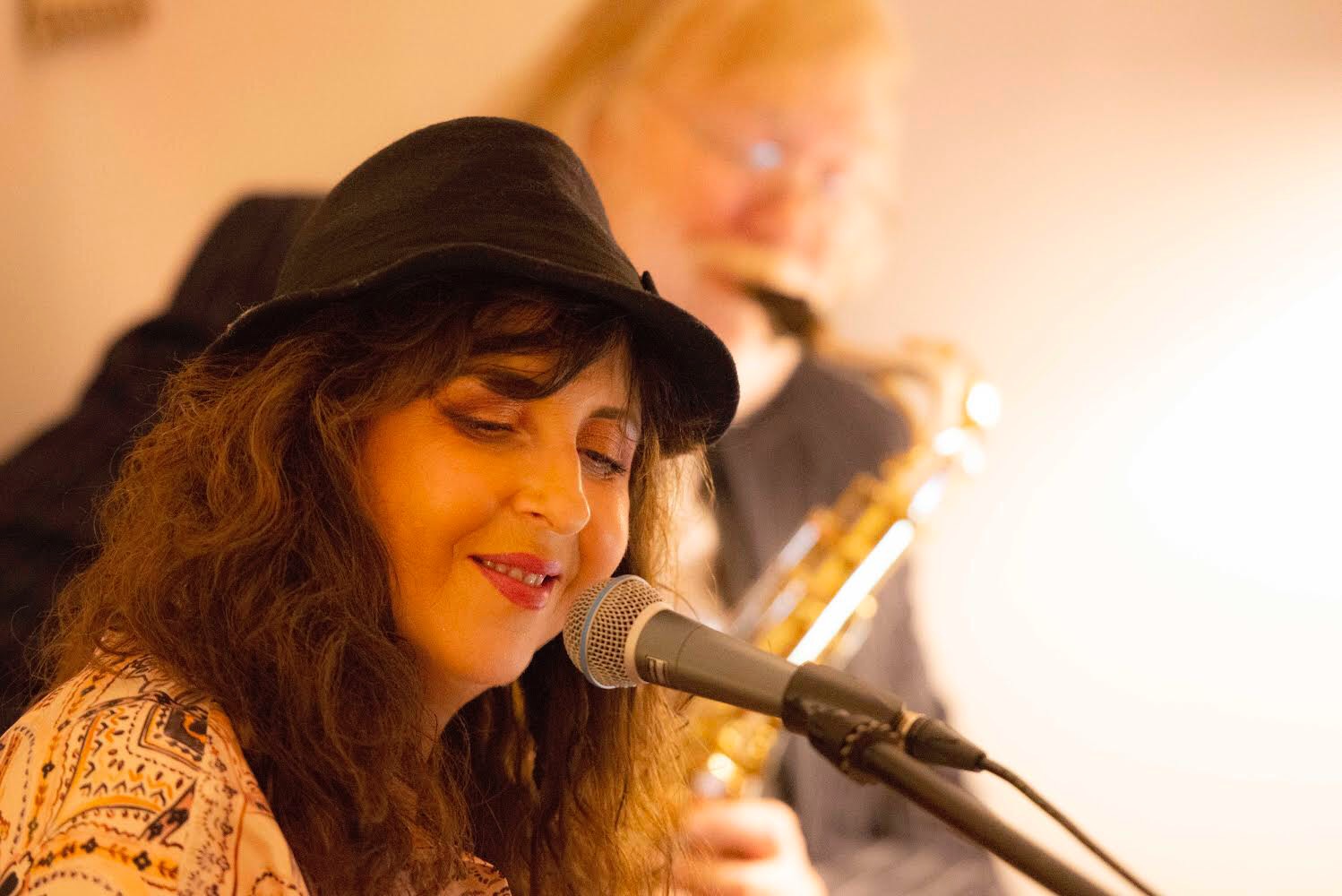 The Nicki Allan Quartet are a piano/vocal led Jazz quartet ( or quintet) headed by front woman pianist and vocalist Nicki Alan. Influenced by all the great women in Jazz, especially Piano vocalists such as Diana Krall, Shirley Horn, Nina Simone and Aretha Franklin to name a few. Nicki’s vocal style is a blend of wholesome Blues combined with soulful  Jazz and more than a hint of R & B. Musically, Nicki is influenced by the great rhythmic funksters; Herbie Hancock, Stevie Wonder, Jeff Lorber and Thelonious Monk. Her band perform a lively and varied set of uptempo, stylishly crafted arrangements interwoven with bold improvisation, Scat singing and a strong, driving feel.

The Nicki Allan Project was a concept that began 4 years ago as a Piano Trio with Nicki on Piano and vocals, Josh Cavanna-Brierly on Double Bass and John Settle on the Drums, both are rhythm section guys from the Manhattan Sound Big Band. The rehearsals enabled the development of both new original  material to emerge and re-workings of other music from wider eclectic sources, turning it into something fresher and edgier. Wether the sources were cult pop or Jazz, influential songs that made an impact on the group, the results delivered something exciting. To solidify this, the band took to the studio to make their first EP recording their first 4 songs and with the additional collaboration of Brass from good friends and respected Jazzers; Rod Mason, Joel Purnell and Ian Chalk, plus an arrangement or two from Honorary lifetime contribution to Jazz winner and good friend Ronnie Bottomley, they produced a very respectable collection of tracks from which to launch the band. Cinnamon and Clove, a Samba song by Sergio Mendes, was the first song recorded, arranged by Ronnie, and was chosen for the first Video. Its very energetic and shows off the band’s strengths. The project, in a nutshell, began as the trio nucleus plus guest support but has slowly evolved into a regular line-up, now including Adrian Knowles on Double Bass and Rod Mason on Saxophones as the regular band members  and become a sturdy quartet rather than a project as it set out to be called initially. Our follow up video, a cover of Cyndi Lauper’s True Colours, came out a few months after Cinnamon and Clove, and is also available on Nicki’s YouTube channel, and although we have not recorded a full CD as yet, there is still one in the pipeline and a ‘live’ gig video on the Nicki Allan YouTube Channel for all our dedicated followers.

The new Nicki Allan  Christmas Album released at the beginning of December 2021. listen and download from Bandcamp or purchase from the website via the email page.

"Nicki and the band have really captured the joy in the spirit of Christmas with this album. Uplifting jazz!" - Larry Van Kreidt, Jazzbacks Pre-order your copy by email

Find out the latest news here

Find out the latest news, videos and releases